The Operational procedure was to clear culvert areas offshore and provide diver access to install manifolds over the exit pipe where cables had been directionally drilled from shore to these individual exit sites.

Each culvert location had two cables which were to be buried to 1 mtr below natural seabed after installation of the manifolds over shore cable outlet pipes.

The seabed comprised of rocks, large stone, pebbles & shale in a hard-solid ground. These materials had been washed down through the estuaries for many years and formed a hard layer over natural seabed (over than 60kpa shear strength). No information was available as to what soils or seabed conditions were beneath these locations.

Our Sea-Axe was over boarded by the Woodstock crane and positioned over the target area with diver assistance. Diver remained only for visual positioning but was safely back on deck prior to any Sea-Axe operations taking place. This was also a very environmentally sensitive area with Dolphins and varied marine life often around. All care was taken prior and throughout the project to comply with the strictest environmental codes for all equipment and subsea operations. Sea-Axe utilised both crane and barge anchor movement to excavate, locate the exit pipe and clear the culvert area for diver access and Installation of the manifold inside the prepared area. After breaking through the initial 0.5 mtr of stones, pebbles and mixed sediments a further 1.5 – 2 mtrs of extremely cohesive hard clays mixed with stone and shale had to be excavated to access each outlet pipe and provide safe working access of a 3 mtr circumference.

All excavation was carried out as a standard operation without ancillary jetting operations as the soils were not as expected or encountered in earlier pre-excavation testing! Jetting would have been involved if prior knowledge had been available of this surprisingly difficult seabed and overburden. 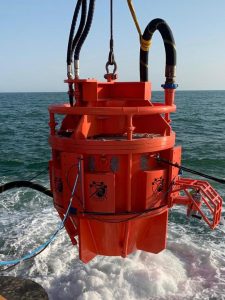 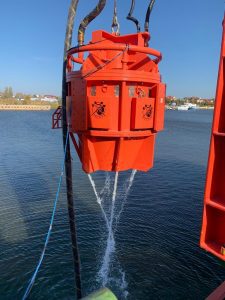 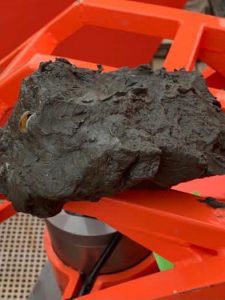 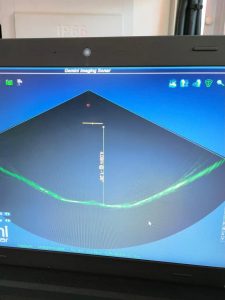 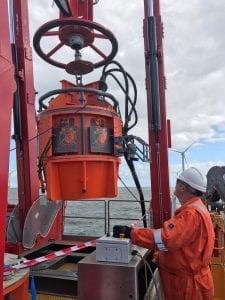 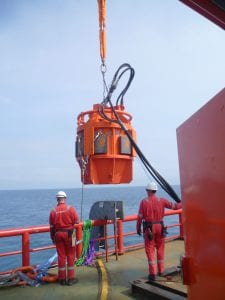 On safe and successful completion of project works the Sea-Axe was recovered and secured on deck. Weather, seabed conditions, additional vessel movements and other conflicting work scopes within the field allowed the Sea-Axe to prove its power and versatility in a technically difficult and environmentally challenging operation.

JBS Fabrications Ltd.’s Sea-Axe project work completed to requirements due to professional and proactive teamwork from all involved. No cable post trenching was required after manifold installation. Sea-Axe proved that it is capable of moving materials out with standard Mass or Controlled Flow applications.